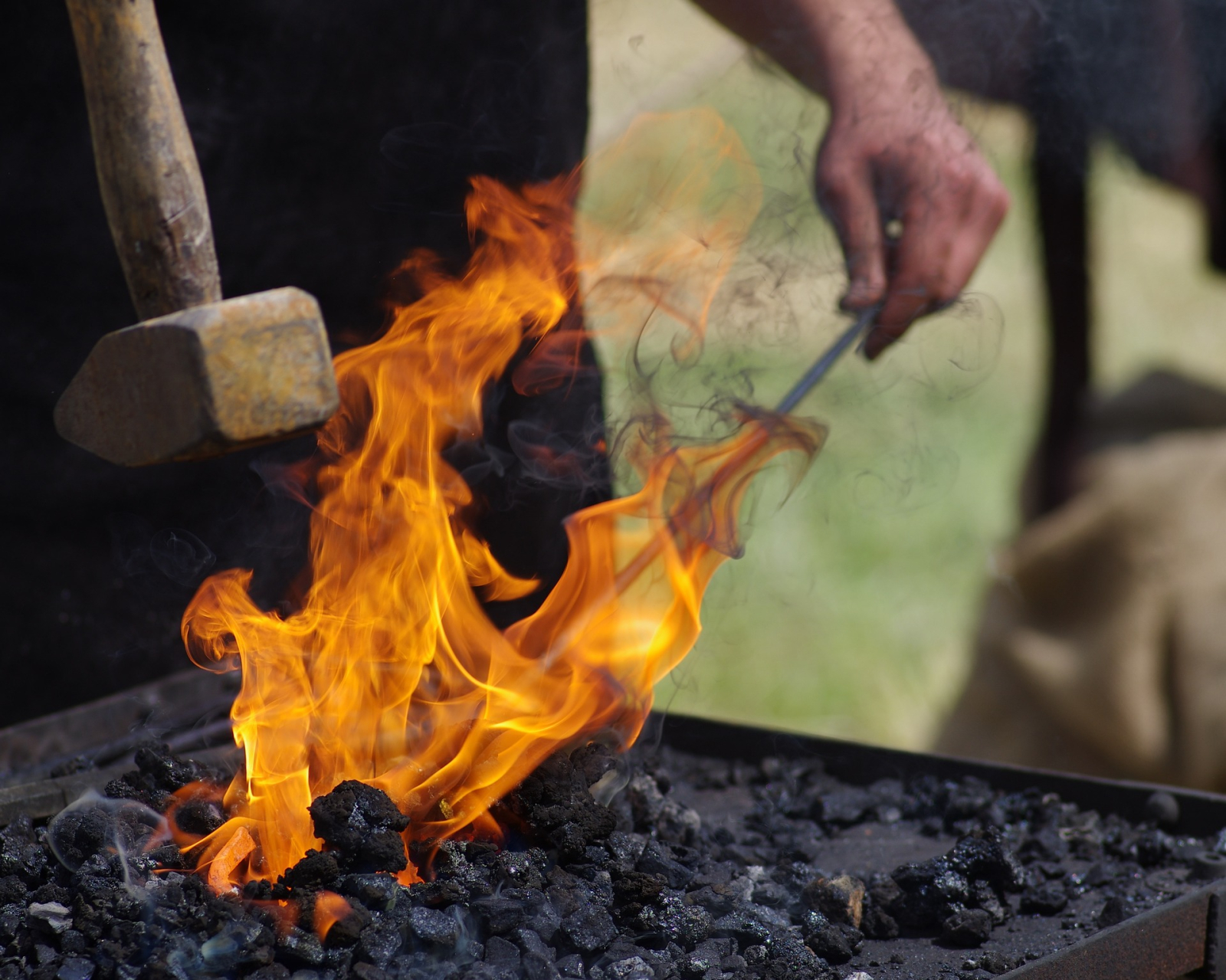 Fillimet    Magic & Technology    Magic    Artisanal Magic      Metalmancy
Metalmancy is the magical school of metal manipulation to alter the chemical makeup and material properties of an ore or alloy. It is often utilized by Metalsmiths, frequently by instinct alone for small adjustments made by experienced and naturally attuned metalsmiths. The full mastery of metalmancy processes requires years of training and practice.

Metalmancy is primarily used to strengthen metals or to merge them with other metals through the use of the caster's Imperium. Metalmancy can be used with any types of metals regardless of their properties. While similar to metallurgy, the use of metalmancy adds additional traits to the metals due to the use of the magical fields. Metalmancy and Metallurgy can also be used in combination, and in fact some knowledge of metallurgy is required for accurate metalmancy.

Metallic perception is a passive trait found in those with a natural skill in metalmancy, or those who have studied and attained the highest levels of metalmancy knowledge and application. Those with this ability can sense nearby metals. An individual cannot identify the shape of the metallic object or vein of ore, and identification of any specific traits or even types of the metals require great effort and concentration, but those with Metalic sensing can easily identify items containing metal, or locate a viable source of ore to expand a mining operation. For this reason most mining operations employ at least one Ore Augur to work alongside their miners to enhance efficiency.

The use of metalmancy allows for more precise control over the purity of an ore, allowing the caster to speed up the purification process or obtain a more refined product than the base process allows. While metallurgy is not required to use metalmancy in the purification process its use reduces the requirements on a caster's Imperium, allowing for a less strenuous process. Metalmancy can also obtain a purer form of ores than achievable with metallurgy alone, although the greater the desired purity the higher the required Imperium expenditure.

Similar to the Ore Purification process, alloy production is also readily enhanced with metalmancy. Tapping into the magical fields when mixingetals allows the caster complete control over the material makeup of an alloy as well as the distribution of the included materials within that alloy. The use of alloy production metalmancy also allows for the tweaking of material properties within the mixture during forging, increasing or decreasing the strength of the material through the manipulation of its crystalline structures. Metal alloys including the element Tyrellium must be handled with care as they have a strong tendency to adopt new traits and conditions due to the Tyrellium's conductivity mixed with the metalmancer's spellwork. For this reason metallurgy alone is used for Tyrellium alloys unless new traits are desired.

Shaping metals using metalmancy allows for more precise results than traditional metal shaping methods. As with all the Artisanal Magics metalmancy can be used in conjunction with traditional methods, resulting in magically enhanced results utilizing less effort to Imperium than required if using only one or the other.

In addition to the techniques used in metallurgy a metal or metal alloy's hardness and malleability may be altered through the use of metalmancy. The process is similar to hot or cold working but instead of adjusting the temperature of the material the ore or alloy's grounding to the appropriate local magical fields is changed according to the metalmancer's intentions. Once the specimen's required level of connection with its surrounginds has been reached the metal is worked and shaped as normal. This process is most commonly used with Tyrellium alloys as the conductivity of the metal compliments this process.

Metalmancy can also be used in combination with Chromamancy to alter colorations of metals. As many processes using metallurgy or metalmancy will naturally alter the colors of the resultant metal item chromatic metalmancy could be used to tweak this coloration, return the metal to a former hue, or even completely change the color of the metal. Unlike many processes used to colorize metals such as anodizing or plating, chromatic metalmancy can be used to colorize the entire metal item without altering the metal's properties. The colorization extends throughout the entire metal, while those with extensive chromamancy training and talent can even add patterns.

While most efforts in pottery or glassworking do not involve metals these skills are still considered metalmancy due to similar requirements for shaping and firing. The usual lack of metals in the material make these skill the most difficult classes of metalmancy to master, although the processes are greatly simplified for metalmancers who also possess a practical understanding of Geomancy. While typically lumped together for purposes of explanation, the use of metalmancy for pottery and metalmancy for glass are considered two separate skills.
Parent Technologies
Children Technologies
Access & Availability
While mastery of the more difficult metalmancy abilities typically requires years of training and practice the simplest of metalmancy abilities are frequently intuitive to those gifted with a natural understanding of this class of magic. Individuals with a natural metalmancy gift will typically have a natural understanding of the strength limits of metal items, or a natural talent with locating or shaping metals, and will typically pick up most metalsmithing-related skills quickly after exposure to the skill and frequently also at a rather young age.   Those without a natural talent can still be trained quite effectively, and may even achieve the highest levels of skill in metalmancy. They will simply require more training to learn each skill and more concentration and Imperium to cast them.
Complexity
Metalmancy in itself is fairly simple, relying more on the mind of the caster and their intentions than on any complicated processes or rituals. Those using metalmancy are free to determine their own hand motions for each casting, if they even wish to utilize their hands to help focus their concentration, and as a result the uninitiated frequently cannot see whether or not an individual is casting metalmancy spells when working metal. The acts of stoking the forge or the rhythm of pounding a hammer against a project on an anvil may be all that is required to use metalmancy if the caster is well-versed in its usage.
Related Items
Related Professions
Fire Setter
Metalsmith
Ore Augur
Artisanal Magic 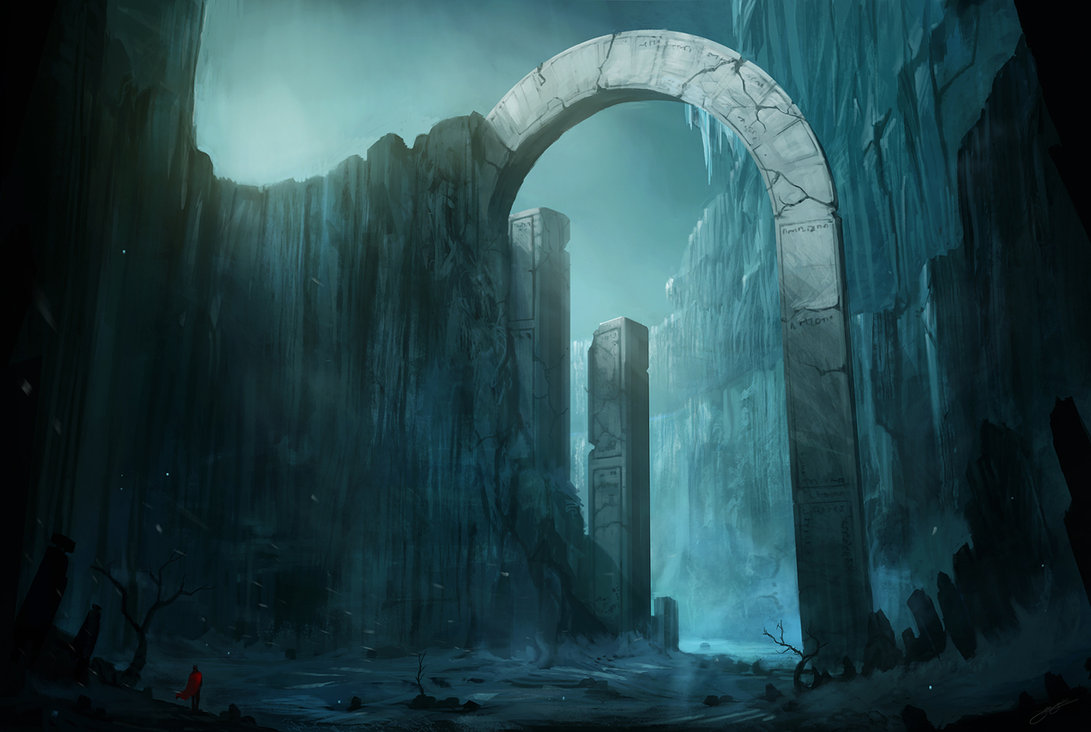 Lovely as always! I loved how you broke down the process, and its so beautifully detailed. Well done! I did find one little thing toward the beginning. "is frequently utilized by Metalsmiths, frequently by instinct alone for small adjustments"   It's no big deal but you used frequently twice, very close together. Maybe remove one or use a synonym to avoid repetition?   Excellent work!