In this high powered world of energy drinks, apprenticeship loaves, and even the famed Cupcakes of Imperium-Replenishment, it is quite common to overlook the simple organism that makes all these possible. But make no mistake, it is the humble alchemical yeast which powers the fast-paced world of the dedicated magic caster.
— excerpt, The Magical World of Alchemical Yeast

Alchemical yeast has become the backbone of a growing industry to serve mages and other magic casters with reliable and safe methods of boosting their own Imperium levels in cases of frequent or emergency casting. Products manufactured from alchemical yeast vary from breads and cakes to potions and liquors.   The yeast creates arbitrium, a non-toxic cousin of Imperium, as an additional byproduct of its metabolization of sugar into carbon dioxide and alcohol. Regular consumption of products containing arbitrium, coupled with regular casting to stimulate more Imperium production, allows the user's metabolism to learn to convert arbitrium to refill their Imperium reservoir quickly without need of rest or meditation. This process gains efficiency with repeat exposure to arbitrium, and loses efficiency during gaps of time without exposure.

Carbohydrates, particularly sugars, provide the bulk of alchemical yeast's dietary requirements, leading to fermentation and alcohol production. As a result all yeasts in its genus can be found naturally growing in areas with high sugar concentrations.   Unlike its relatives, however, alchemical yeast also requires an extraordinarily high strength in the local magical fields in order to thrive. The yeast harnesses this magic to excrete a second metabolic byproduct, arbitrium, the yeast's equivalent to the Imperium produced by most creatures to access magic.

Some say that alchemical yeast was created entirely by Biomicrokinesis, genetically altered from its relatively mundane cousin, baker's yeast, to metabolize more arbitrium than required for its own uses. This is an exaggeration of the truth. Alchemical yeast harvested from the wild can be effectively used in food products for arbitrium production, although these wild strains are somewhat less potent than many of the biomicrokinetically-enhanced variations seen commercially.

Alchemical yeast possesses the same properties as traditional baker's yeast and is therefore readily adapted for use in baking, brewing alcoholic beverages, and other yeast-based food processes. The use of alchemical yeast does impart a different flavoring, with deep yet mild nutty undertones. This difference is of minimal significance to all but the most discerning of connoisseurs.   What truly sets this yeast apart from its siblings is arbitrium. Alchemical yeast produces this extra metabolic byproduct in useful quantities, which has made the yeast a critical component of magic-replenishing consumables. Unlike Imperium, arbitrium is relatively non-toxic and safe for direct consumption, and yet its molecular structure is similar enough to Imperium that a magic user's metabolism can adapt to convert arbitrium into the Imperium required for casting. This process becomes more reliable the more often an individual consumes food products containing arbitrium until finally peaking at maximum effectiveness, but regular exposure is required to maintain this effectiveness. If an individual has abstained from arbitrium consumption for more than a full day their metabolic processes will begin to unlearn their acquired efficiency until sufficiently re-exposed.   As a result arbitrium exposure is considered part of a standard training regiment for dedicated magic casters, who will regularly consume products manufactured with alchemical yeast. This typically takes the form of bread products, as the arbitrium remains infused throughout the dough even though the baking process kills the yeast itself. Food products also have the advantage of invoking a slower digestion process which allows for a time released exposure throughout the day.   In more urgent situations alchemical concoctions or even mage-targeted beverages are available to allow for faster digestion. Most of these also contain alcohol, due to the fermentation also caused by the alchemical yeast, although some products are specially treated in an effort to lower the alcoholic content.   While most products kill the yeast as part of the decoction process (and as an effort to maintain trade secrets regarding their particular strain of the yeast), some alchemical yeast-based beverages are carefully prepared to allow the yeast to continue to grow and thrive. These live-aged concoctions, when stored properly, gradually gain potency with time as the yeast continues to excrete both arbitrium and alcohol. While the traditional decoction processes are more effective for products intended for consumption in the shorter term, live-aged mage liquors are considered quite valuable once sufficient aged.
Scientific Name
Saccharomyces imperiae
Related Materials

The magical manipulation of microorganisms, biomicrokinesis includes everything from genetics to growth rate to the suppression of symptoms in an infected host. It is most commonly used in brewing beers, baking breads, and healing the sick.

Imperium is the metaphysical arcane power available to every living creature, as described in the Second Law of Magic. Some species or individuals are more easily able to tap into this resource, while others require a Focus.

Arbitrium is a protoxin of Imperium, the metabolite required to cast magic. Magic casters who regularly consume arbitrium train their bodies to metabolize the chemical into Imperium when needed.

Many thanks to for the conversation about reanimating yeast for baking, which inspired me to think about yeast's impact within my own world of Fillimet.

I love this article. It's always fun to think about 'mundane' things in your worldbuilding, and I love that you have a variety of yeast that has a specific byproduct that helps with magic. <3 <3

I am going to use this so much, too. Sometimes an article idea just... Really fits. And squeezes itself into voids you didn't know you had and suddenly the world makes more sense. This is becoming one of those. 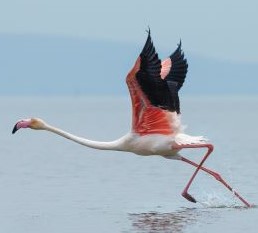 Awww, you're welcome! This is an interesting take on the idea.